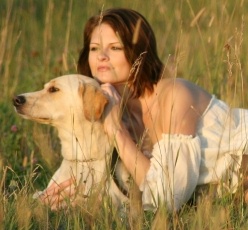 The transfer of diseases between dogs and humans has been rare if not non-existent, but now MRSA, a drug-resistant germ that used to infect only humans, seems to be moving from human to dog and vice versa, according to a September 21 article in The New York Times. MRSA has typically been a problem in hospitals and other health care environments.

Some recent scientific studies have suggested "a strong link" between pets and humans when it comes to MRSA. "There are a number of papers coming out now showing that pets pick up MRSA from us," says Dr. Elizabeth Scott of Simmons College in Boston.

The best precaution, according to experts, is "frequent washing or sanitizing of hands before and after playing with a pet." Infectious disease specialist Dr. Richard Oehler "recommends hand washing or using hand gels before and after playing with a pet, not letting a pet lick people around the face, and not washing pet food or water bowls in the same sink that food is prepared. People should also wear gloves when attending to pets that have open wounds, he said, and should keep any of their own broken skin bandaged."

Dr. J. Scott Weese, a veterinary microbiologist thinks transmission is rare. "In the grand scheme of things with MRSA, pets are a pretty minor thing, " he says. But given the close relationship humans have with companion animals, it pays to be careful. Says Dr. Weese, "if they're a minor component of a major disease, that's still something we need to be aware of."