The ASPCA is sponsoring a "Mega Match-a-thon" adoption event, in association with Asheville Humane Society, on Saturday, March 31 from 11AM to 5 PM and Sunday, April 1 from 12 PM to 5 PM. It will be held in the Biltmore Square Mall on Brevard Road in Asheville.

With every adoption, pets will receive a free collar and tag, a free leash, and a caricature drawn of you and your pet!

Come on by and find your perfect match! For more information visit www.ashevillehumane.org .

Note for Greenville, SC area residents: The Mega Match-a-thon will also be held on Saturday from 11 AM to 7 PM at Greenville County Animal Care, 328 Furman Hall Road, Greenville. Visit http://www.greenvillecounty.org/acs/ for more information. 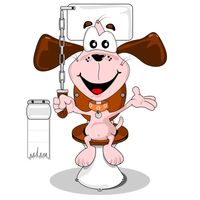 Pet Behavior Aid is presenting a free session, "Housetraining 101," for dog owners on Saturday, March 31 from 9 to 10 AM at the Asheville Humane Society Adoption and Education Center, 14 Forever Friend Lane, Asheville. The session is open to the public and for humans only.

The folks at DOGTV think dogs are not only watching television -- they are a unique audience for it. DOGTV claims to be "the first television channel for dogs." Yes, really. This is what the service says on its website:

"DOGTV is a 24/7 digital TV channel with programming scientifically developed to provide the right company for dogs when left alone. Through years of research with some of the world's top pet experts, special content was created to meet specific attributes of a dog's sense of vision and hearing and supports their natural behavior patterns. The result: a confident, happy dog, who's less likely to develop stress, separation anxiety or other related problems."

DOGTV is currently available as a paid service only in San Diego, CA, but the company says it is gearing up for a national launch -- so tell your doggie to keep eyes and ears open, since it may someday be available in our area!

Pet Behavior Aid will hold a free information session for owners of fearful dogs on Saturday, March 24, from 10 AM to Noon at Patton Avenue Pet Company, 1388 Patton Avenue, Asheville.

Topics include how to help your dog gain confidence, learning how to understand signs of anxiety and when to step in, how to prevent fear from becoming aggression, and fundamental techniques to help your "wallflower" blossom.

The same session will be held again on Saturday, April 28 from 10 AM to Noon at Asheville Humane Society's Adoption and Education Center, 14 Forever Friend Lane, Asheville.

For more information, visit www.petbehavioraid.org or call (828) 707-0644. This session is sponsored by Pet Behavior Aid, an organization dedicated to to increasing the retention of companion animals in their homes in Western North Carolina.

In Western North Carolina, there is a significant interest in homeopathic medicine, so we thought we'd share some information about herbal treatments that could be of benefit to your dog. Of course, it is always a good idea to check with your vet before giving your dog any herb or medicine to cure an ailment.

The following herbs are known to have beneficial effects for dogs, according to the website, PetMD. Not surprisingly, many of these herbs are used by humans as well.

Aloe Vera
Known primarily for its topical applications to human skin, aloe vera is good for burns, scrapes, and irritations on a dog's skin. It is also known to be effective when taken internally for gas and constipation.

Calendula Flowers
The petals of the calendula flower can be used directly on a wound, or as an antiseptic wash by adding them to water and making a tea. It helps prevent bacteria growth. This herb also has anti-fungal and anti-inflammatory properties.

Ginger
Ginger has long been known to calm stomach upsets, and it is just as effective in dogs as in humans. Use the ginger root in tea form to reduce its bite.

Goldenseal
For eye infections, goldenseal tea or tincture is very effective because of its antibiotic properties. It can also be used to treat stomach and bowel problems.

Milk Thistle
Milk thistle is particularly effective in protecting your dog's liver. It can be used to improve liver function, offsetting medicines that may have possible effects on the liver.

Bulldogs Know How to Have Fun!

Here's a video that you have just got to love.

Watch these bulldogs having the time of their lives surfboarding, snowboarding, and skateboarding. You'll even see a few awesome moves at a skateboard park. 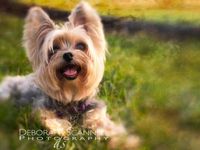 Deborah Scannell is a local nature photographer whose work captures the beauty of landscapes, flowers, trees, waterfalls, mountains, birds, wildlife, and more. She also has the ability to set a mood with her photography, which is on display at Mosaic Cafe near Biltmore Lake and Brixx Pizza in Biltmore Park.

Deborah has just started applying her talent to pet photography. She will come to any location or choose an appropriate one and capture creative and memorable photos. Her Standard Package includes 1-1/2 hours of shooting time within 50 miles of Asheville, a pre-session planning consultation, a private online proofing gallery posted within 14 days of the photo session, one 8x10 or two 5x7s of your choice, and 25+ professionally processed and retouched images to choose from for $250. Deborah also offers museum quality canvas, metal, and floating thin wrap prints.

For more information and to see samples, visit www.deborahscannellphotography.com or call (828) 808-7824. 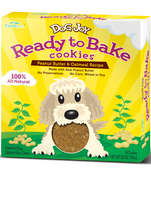 Imagine baking up a batch of warm, delicious and nutritious cookies for your family. Nothing is better than freshly baked cookies, right?

Now you can do the same for your four-legged friend. It's easy with new Ready to Bake Cookies for dogs from Freshpet. Freshpet sent this blogger two packages of the new product for me to test on my own pack of four dogs. I just opened the box, took out the pre-formed cookies, and baked them for about 14 minutes.

I must admit, the aroma of the peanut butter and oatmeal cookies coming out of the oven was scrumptious enough for me to want to take a bite! But I restrained myself and let the doggies sample them instead. It was unanimous -- they all loved the cookies and were ready for more. I also discovered that the cookies could be easily crumbled onto a meal for an extra added treat. I was pleased to see that the ingredients were 100% all natural with no artificial additives.

Freshpet Ready to Bake Cookies are new additions to the company's line of fresh, refrigerated meals and treats for cats and dogs. You'll find them in the pet food aisle refrigerator at many stores. Dog Joy Peanut Butter & Oatmeal Recipe is available in select grocery and mass-market stores, and Dog Nation Oatmeal & Cranberry Recipe is available in select pet specialty stores. For more information, including store locations, visit www.freshpet.com.

If you're looking for a unique treat that goes beyond the standard biscuit, try a package of Freshpet Ready to Bake Cookies. My dogs heartily endorse them! 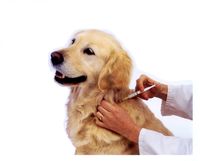 Need to get your dog vaccinated? Come to a low-cost shot clinic on Saturday, March 17 from 1 PM to 3 PM at Pet Harmony, the Pet Store for Rescued Pets, 803 Fairview Street (adjacent to Province 620 restaurant on Hendersonville Road) in Asheville.

1 and 3-year rabies shots are just $10. (You must have a prior certificate to get a 3-year vaccine.) DHLPP or DHPP is $15 and Bordetella (kennel cough) is $15. Microchip with free registration is $15, and a single application of Advantix/Advantage is $15 for a dog. Low and no cost spay/neuter vouchers are also available.

This service is sponsored by Animal Compassion Network and provided by Dr. Margaret Moncure, DVM. For more information call (828) 274-3647.

Good for a Laugh

We've mentioned Azalea Dog Park as a POOCH PATHS destination before, but if you haven't been there lately, you'll find some improvements that make it even better.

The park has been reconfigured so that dogs over 25 pounds have a completely separate entrance. Instead of going through the small dog area as before, dogs can enter a separate gate into a large, fenced area. Dogs under 25 pounds enter through a second gate into the small dog area. In addition, a chronically muddy section between the two areas has now been fenced off, fencing that previously surrounded trees in the big dog area has been removed to allow for more space, and new lockers have been added to both areas to store drinking water for the dogs.

Azalea Dog Park is a great place for your dogs to work off their energy. Poop bags are generally available and you are encouraged to pick up after your dog. The dog park adjoins a pond and a small grassy area with a few picnic tables, and there are some hiking trails close by as well.

Insider tip: One of the good things about the location of the park is its proximity to the Swannanoa River. For a nice cool-down after romping at this dog park, exit the park and look for a gated pull-in, immediately on your left. Down a short path is a shallow river bed and gentle rapids where doggies love to splash.

Purina has launched a new ad campaign for its Purina Pro Plan line of dog food. The theme: "Inside every good dog is a great dog." Here is one of the TV commercials -- worth watching just to see the wonderful images of good dogs being great.

Pit bulls are a much-maligned breed, and it's rarely accurate. In WNC, pit bulls and pit bull mixes are very common, and they can be as loyal and lovable as any breed. Still, some people fear pit bulls, which makes them harder to adopt.

The Animal Farm Foundation, based on New York, is on a mission to "secure equal treatment and opportunity for pit bull dogs," according to the Asheville Citizen-Times, so it has made a $2,500 grant to local animal rescue organization Brother Wolf Animal Rescue. With this grant money, Brother Wolf will be able to spay/neuter and provide rabies vaccinations to fifty pit bull/pit bull mixed dogs, free of charge.

If you have a pit bull/pit bull mix and you live in Buncombe County, you are eligible for this program. Bring your dog to Brother Wolf, 31 Glendale Avenue in Asheville from 8 AM to 8 PM Monday through Saturday, or 8 AM to 6 PM Sunday to receive a free voucher. For further details, call (828) 808-9435.