The Most Common Mixed-Breed Dog in the U.S. is... 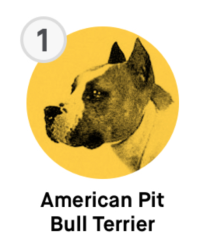 Embark, which claims to be the world's leading company in dog genetics, evaluated the DNA of more than 200,000 mixed-breed dogs across the country. According to Embark, "Each dog has a unique combination of breeds in its genetic makeup. When we looked across our data, there was one breed that stood out as the #1 result in a mixed-breed dog in every state."

Nationwide, theses are the most common breeds in mixed-breed dogs in order:

Here's a visual chart of the results:
https://embarkvet.com/wp-content/uploads/2020/02/Final-breed-map.jpg